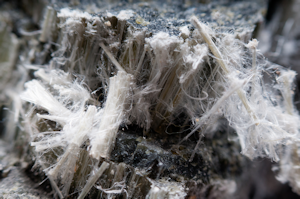 What if we told you about the discovery of a new material. It’s durable, light, fire resistant and found in natural deposits all over the world. It will revolutionize the construction industry and spur innovation with cheap and wonderful building material! Plus Canada’s economy will benefit tremendously from the mining of this new mineral. Sounds like a wonder-product!

One small catch however: it gives people cancer. Breathing in its fine airborne particles leads to serious health complications called asbestosis and mesothelioma.

You already know that this material does exist, it is called asbestos, and it is both very useful and extremely dangerous. You may know that the discovery of asbestos’ link to disease led to strict regulations on the asbestos industry throughout the 20th century. You might even know that asbestos is currently the leading cause of workplace death in Canada—it accounts for one-third of all workplace deaths.

But did you know that it is still legal, in 2018, to import and use asbestos-containing materials in Canada? 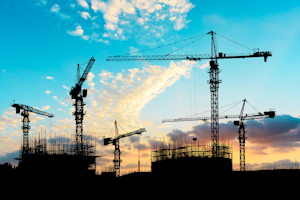 Indeed some Canadian industries still do use asbestos today. This is not just in older buildings (which is bad enough!). Some new buildings are still constructed with asbestos-containing materials. Canada is one of the only modern countries that has not entirely banned its use. Because of this, citizens will have to stay vigilant to protect themselves from this harmful compound for many more years. Hopefully, asbestos will eventually be eradicated from industrial and household applications. But it does beg the question: why hasn’t Canada banned asbestos long ago? Here are the top 5 reasons why asbestos use has stuck around for so long.

Reason #1: Canada’s Reputation as Leader in Asbestos Production and Promotion/Trade 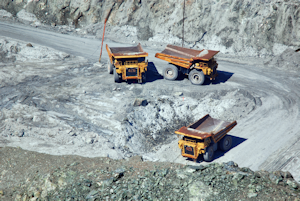 Canada has maintained a stance as one of the global leaders in asbestos mining and trade. The first asbestos mines opened in 1879. In the following decades, many companies manufactured asbestos-containing products for sale all over the world. The resource rich mines were great for business. By 1966, Canada was producing 40 percent of the world’s asbestos. Today, the asbestos industry has slowed down, but it is still prevalent.

The automotive industry is supported by the import of asbestos containing products. An estimated $100 million in asbestos brake pads have entered the country over the past decade. Asbestos containing brake pads are cheaper than asbestos-free pads for the same performance. Although many companies have taken a stance to only use asbestos free products, they are placed at an economic disadvantage. Until asbestos imports are banned from the Canadian market, some companies will be inclined to use the cheaper option.

Because the economy has been reinforced by this material for so long, lawmakers are afraid to pull the plug. Fortunately, the current government in Canada has made a promise to prohibit the manufacture, sale, and purchase of asbestos containing products. It is just a matter of when it will happen. 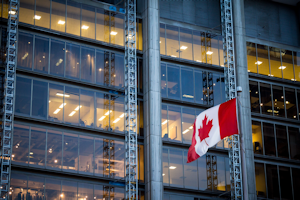 Although asbestos has been regulated in Canada, import of asbestos-containing material is still legal. Over 50 countries have banned asbestos. Many of those countries don’t have the same intricate checks and balances. This makes it possible to change laws with a simple decision.

In Canada, the political system involves the lengthy process of bill creation and review. Once a bill gets to the house of commons for voting, there is still much debate. Usually members of parliament vote within their own parties—meaning that bills can be pushed through based on majority status. However, there is a four-year election cycle which means that new parties could take power on a rotational basis. It becomes difficult to introduce a law in the four-year period before another government is formed and begins to reverse the rules.

This is what has been happening in Canada, the previous conservative government under Stephen Harper did not support a blanket ban on asbestos. The current liberal government under Justin Trudeau has expressed a different stance. In 2016, the liberal government promised to prohibit the use, sale, import and export of asbestos containing materials by 2018. Now that it is 2018, proposed regulations have been released, but the ban has still not been initiated. The government of Canada has released their plans for finalizing the proposed regulations, but an official date has not been set. Concerned citizens are still waiting as it is unclear if the ban will happen before for the next election cycle in Oct. 2019.

As the political battle rages on, asbestos trade and use continues. The reason why some companies use this dangerous material is because of its unique and valuable properties. 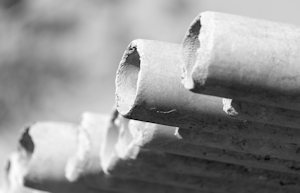 Asbestos is touted as a miracle compound because of its physical properties. It’s a durable substance that forms into tiny strands only a micrometer thick. Asbestos fibers can be used to make strong, heat and sound resistant materials—perfect for car parts and insulation.

The most common products made from asbestos are automotive parts, tiles, cement and textiles. In addition to its durability, heat resistance and insulating properties, it is very light. This makes it ideal to add into car parts like brake pads. It makes them resistant to heat produced by intense friction. In the past, many automotive manufactures saved weight by putting asbestos in everything from clutches to hood liners. The same logic was applied to building materials. Asbestos was added to materials like cement, shingles, siding, and floor tiles to increase durability and fire protection while minimizing weight.

Some of the more horrifying examples of asbestos use were in things like cigarette filters and clothing. Thankfully, heavy regulations prevent extensive asbestos use. But some companies insist that asbestos is integral to their industry’s operation. 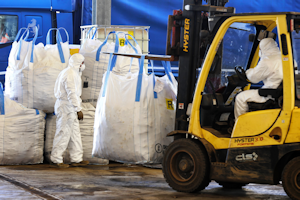 Some industries don’t want to give up the use of asbestos. It’s cheap, effective, and can make many processes more cost effective. One of the more prevalent current uses of asbestos is in the chloro-alkali industry.

Asbestos is used in devices that convert brine into chlorine. Industry professionals argue that this application is safe because asbestos particulate is not exposed to the air. Asbestos only becomes dangerous when the fibers can be inhaled. The same logic is applied to some applications in building construction. Many construction companies don’t see an issue with using asbestos laden pipes.

However, the problem is just getting pushed further into the future. Buildings are eventually demolished or updated. Machinery needs to be replaced. Whether it’s the chloro-alkali industry or the construction industry, the management and safe disposal of existing asbestos is always an issue. A long-term strategy is the only way to achieve successful safety outcomes. 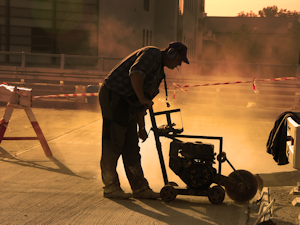 Unfortunately, dealing with asbestos is expensive. The Alberta Asbestos Abatement Manual outlines the correct procedures for safely controlling asbestos containing materials. The abatement procedure includes four basic approaches: removal, encapsulation, enclosure, and management plans. Encapsulation and enclosure are the cheaper options which give them the appearance of appealing control measures. However, they are only temporary fixes. Unless asbestos containing materials are completely removed from a site, the risk for exposure is still present. Further abatement procedures usually take the form of more involved management planning.

Many groups are calling for a central database to track where asbestos has been used in construction and infrastructure. Hazardous materials databases are prevalent in commercial management plans. But these processes are not integrated into a central network that is available to the public. Many people have expressed concern for the asbestos containing materials that are “hidden” in public structures.

In any case, the only permanent solution to the asbestos problem is to eliminate its use. Short term planning may help save or make money. But long-term planning creates a safer and more productive environment for everyone.

The Ramifications of the Long Goodbye to Asbestos 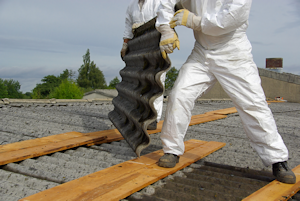 The reality of continued asbestos use can be frustrating. While the negative health effects are well known, present use of this material remains a part of Canadian industry. Companies make too much money, our government processes take time, there is much controversy around its use, and there is a focus on short term gain. With understanding of these realities, we can push for the elimination of asbestos containing materials. But it is also important to take responsibility for its management. 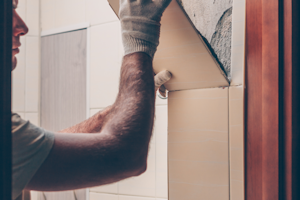 Buildings constructed before the mid-1980s commonly used asbestos-containing materials. Fortunately, most asbestos-containing materials have been replaced and are uncommon in newer buildings. However, if any construction or renovations are done on buildings constructed prior to the 1980s, workers may be at risk for asbestos exposure. Additionally, there is a latency period involved with asbestos-related disease. Health complications do not usually show up until years later. This means that many people are unaware of their exposure until it is too late.

What Can You Do About It? 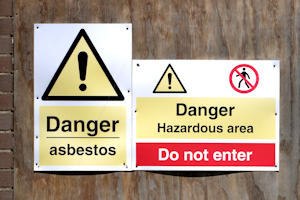 Trained professionals must perform a hazardous materials assessment prior to any renovation of a building. Safety Coordination Services offers this evaluation as part of our Hazardous Building Materials Management process. Sampling is performed to determine if asbestos (among other hazardous substances) is present in any building materials.

Once the presence of asbestos has been confirmed on site, we will assist you in developing an Asbestos Management Plan including an Asbestos Building Material Inventory and Risk Assessment. The next step is to implement appropriate and cost-effective control measures. Safety Coordination Services will also conduct Air Monitoring and Site Inspections to evaluate the effectiveness of control measures.

If workers require specific training to work with asbestos-containing materials, Safety Coordination Services offers a 2-day Asbestos Worker certification course. The information covered will include all the theoretical, legislative and practical knowledge involved with proper handling and abatement procedures.

Asbestos poses a serious risk to public health and safety, especially for workers experiencing consistent exposure. That’s why it’s very important to get the proper asbestos assessments, implement the necessary precautions, and keep your workplace safe.

If you need help understanding these processes and how to organize them, contact our registered industrial hygienist Larry Serbin at (780) 485-3585 or email larry@safetycoordination.com for guidance on setting up the services you need.